Grand Désir’s artistic directors Anita Orme Della-Marta
(Recorder, Harp) and Anne-Marieke Evers (Mezzo-Soprano) met at
the beginning of their musical studies at the Conservatorium of Amsterdam
in September 1997, where they specialised both in contemporary music as well
as medieval and renaissance music. Later in their careers, their paths led them
to pursue further studies in medieval music at the Schola Cantorum Basiliensis, Switzerland, where they met the other ensemble members of Grand Désir.

Grand Désir performed their première in the ‘Fringe’ programme of the Utrecht
Early Music Festival 2005. The ensemble has given numerous performances and radio recordings since in the Netherlands, Belgium, Switzerland and Australia. In July 2009, Grand Désir won the audience award during the York Early Music Festival Young Artist’s Competition 2009.

Grand Désir likes to work with different musicians for each individual programme, thus creating the flexibility to obtain the perfect instrumentation for each project.
The large repertoire of Grand Désir, as well as their interest to combine contemporary and medieval music , makes Grand Désir a unique ensemble both for early as well as contemporary music. 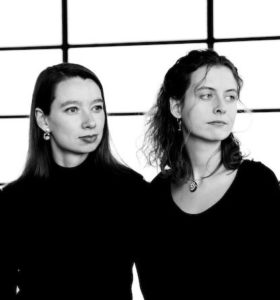